We let two luxury apartments in an elegant house in the centre of Serralunga d’Alba (CN), both appointed with modern, homely furnishings while retaining the building’s original character.

A full renovation was completed in 2010, following building work that brought a derelict building back to life, returning it to its beauty of days gone by.

The affairs of the previous owners are inextricably interwoven with those of the village of Serralunga itself, as they were members of a well-known local family whose name is still associated today - with the new generations - with the peerless nectar that goes under the name of Barolo Chinato. Indeed, the village square in front of La Maison du Soleil is itself dedicated to the daughter of the pharmacist who invented this special aromatized wine, who died prematurely of Spanish flu.

To the current owners it seemed only right to bring to light once more the features of this historic house, wherever it proved compatible with today’s planning requirements.

So the restoration of its original condition wherever possible was the underlying theme running through its refurbishment, reclaiming in part, for example, the “cementina” tiled floorings which now bring a beautiful effect alongside the teak and olive wood.

Once the renovation had been completed, “converting” the property into a tourist facility seemed to be the inevitable next step when Unesco World Heritage status was awarded in 2014 to the Vineyard Landscapes of the Langhe-Roero and Monferrato, of which the village of Serralunga with its magnificent castle is part: the 50th site in Italy to have received this coveted recognition.

With The King’s Apartment and The Queen’ Apartment, La Maison di Soleil is able to offer tourist accommodation catering for different needs.

The Alba Pompeia apartment is part of the La Maison du Soleil group and is located in Alba, via Cesare Balbo n. 10.

Alba Pompeia is born to diversify the tourist offer of La Maison du Soleil: we pass from the Langa del Barolo, from the walks among the vineyards, from the excursions in e-bike, from the visits to the castles to the beautiful and quiet city of Alba, with its center historical enclosed within the ancient Roman walls.

And it is right on the Roman walls that rests the Appartamento Alba Pompeia: it is part of an old building recently renovated including a private courtyard that also serves as a parking lot.

The renovation has been taken care of in every detail and with quality materials: inside the apartment consists of two spacious bedrooms, two bathrooms - one of which is the exclusive service of a bedroom -, a modern and functional kitchen and a lounge-diner with comfortable sofa and flat screen TV.

Alba Pompeia is located on the ground floor and the apartment above is not inhabited: all this ensures guests a stay of relaxation and comfort.

A few steps from the Cathedral of Alba, Alba Pompeia will allow you to leave your car in the courtyard and discover walks making all the most characteristic corners of the historic center, with its paved streets and its medieval towers, witnesses still today of a glorious past.

The tourist can choose among the numerous local food and wine offers, from the most characteristic trattoria to the tri-starred restaurant of which Alba can rightly boast. 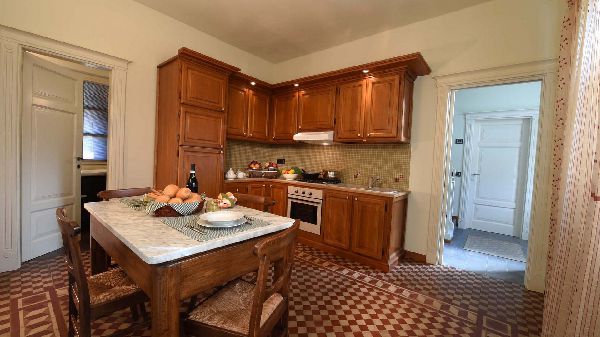 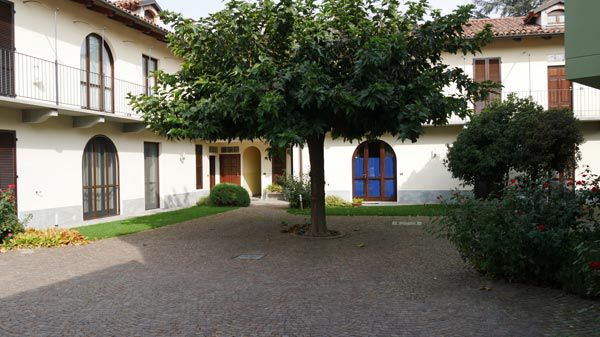